Ms. Adetoro joined AllianceChicago in 2014 and serves as a coordinator for multiple research projects. She works with health centers and academic institutions, as well as local and federal agencies, on research that aims to improve care for health center patients. Prior to joining AllianceChicago, Ms. Adetoro worked as a research assistant on various studies, including the Asians with Disabilities Outreach Project Think-Tank (ADOPT), an initiative which supported organizations that provide services to Asian Americans with disabilities in the greater Chicago area to increase their access to the Illinois Division of Rehabilitation Services. In addition, she has assisted in research projects focused on childhood obesity, ADHD in elementary school-aged children, urban agriculture, and improving access to fruits and vegetables in underserved areas. Ms. Adetoro is a graduate of University of Illinois at Urbana-Champaign and received her Master of Public Health degree from the University of Illinois at Chicago.
eadetoro@alliancechicago.org

Mr. Hamilton is a Master’s-prepared Nurse Informaticist with 18 years of experience in both in-patient nursing care and outpatient community health, as well as nursing administration. As the Chief Informatics Officer, Mr. Hamilton is responsible for developing clinical decision support and National Clinical Performance Measures into the organization’s EHR and is leading the organization’s efforts related to the development and implementation of an Enterprise Data Warehouse solution. Prior to working for AllianceChicago, Mr. Hamilton was a Pediatric Critical Care nurse and a member of a large academic hospital HIT team supporting the implementation of clinical information systems. He has also served as Director of Patient Care Services for Howard Brown Health Center, a Chicago-based Federally Qualified Health Center. Mr. Hamilton is the Past President of the Board of the Centricity Healthcare User Group (CHUG) and is a member of several local, state, and national working groups related to EHR and performance measurements. In addition, he is adjunct faculty at Loyola University School of Nursing and the University of Illinois at Chicago School of Nursing. Mr. Hamilton holds a BS in Nursing and an MS in Nursing Business and Health Systems Administration with a focus on Nursing Informatics, both from the University of Michigan School of Nursing. ahamilton@alliancechicago.org

Dr. Masinter joined AllianceChicago in May 2018 as Director of Research. She is a board certified general obstetrician gynecologist. Prior to joining AllianceChicago, Dr. Masinter spent three and a half years as Medical Director of the Bureau of Maternal Infant Child and Adolescent Health at the Chicago Department of Health. While there, Dr. Masinter spearheaded the Bureau’s movement towards population health and data driven practice. She received her MD and MPH degrees from Emory University, did her residency at Rush University Medical Center in Chicago, and worked as a general Ob/Gyn at Alivio Medical Center for four years. After that, Dr. Masinter did a postdoctoral fellowship at Northwestern University and received an MS in Health Services and Outcomes Research. lmasinter@alliancechicago.org

Dr. Mohanty has experience in community health, federal policy, clinical research, academic medicine, and international volunteerism. Dr. Mohanty joined AllianceChicago in 2015 after a year in Washington, DC as an AAAS Science and Technology Policy Fellow. As a fellow within a federal agency, she gained firsthand exposure to synergies between policy, health research, and clinical practice as well as the role of HIT in advancing national health priorities. At AllianceChicago, her role is to leverage our HIT infrastructure and partnerships to enhance evidence-based practices in community health and generate new evidence through patient outcomes and health services research. Dr. Mohanty has been a pediatrician at Erie Family Health Center since 2007 and is an Assistant Professor in Clinical Pediatrics at Northwestern University’s Feinberg School of Medicine with clinical responsibilities at Lurie Children’s Hospital and Prentice Women’s Hospital. She has been a volunteer with multiple organizations for children with HIV, disabilities, burns, congenital heart disease, and cranio-facial defects on medical service trips to Africa, Asia, South America, and Central America. nmohanty@alliancechicago.org

Ms. Prater joined AllianceChicago in 2019 and serves as an manager for AllianceChicago’s grants portfolio. In her role, Ms. Prater assists with the organization, submission, and coordination of grants in alignment with the organization’s Annual Development Plan. Prior to joining AllianceChicago, Ms. Prater worked as the Grants and Communications Manager at Latinos Progresando, a community-based human services organization, where she built and stewarded relationships with institutional funders, crafted organization-wide messaging, grant proposals, and post-award materials, and served as the staff liaison to the Associates Board. Ms. Prater is a graduate of the University of Chicago. cprater@alliancechicago.org

Dr. Rachman has been with AllianceChicago since its inception in 1997, assuming the role of CEO in 2003. In his role as CEO, Dr. Rachman has overall responsibility for AllianceChicago programs, including strategic direction, assurance of appropriate resources, and external relationships. He also serves as co-director of the Chicago Health Information Technology Regional Extension Center (CHITREC). Dr. Rachman is an attending physician in pediatrics at Lurie Children’s and Northwestern Memorial Hospitals and sees patients at Erie Family Health Center. He is on the Board of Directors of the Health Information Management Systems Society, and serves on the Illinois Health Information Exchange Advisory Committee. Dr. Rachman is a graduate of Temple University School of Medicine (MD) and Johns Hopkins University (BA), and completed post-graduate courses in Ethics, Economics, and Healthcare Management at Harvard University School of Public Health. He is board-certified in Pediatrics. frachman@alliancechicago.org

Dr. Simon joined AllianceChicago in 2019 as a Health Services Research Scientist. In this role Dr. Simon works with participating health centers and external stakeholders to conduct patient outcomes and health services research. She brings over 18 years of experience as an independent consultant conducting health services research primarily focused on drivers of adoption of health information technology (HIT) and the use of HIT to support chronic disease care. Prior to consulting, she worked for Kaiser Permanente developing disease management and other population health programs and also worked for various HIT companies. Dr. Simon received her Master of Science in Health Policy from the Harvard School of Public Health and her Doctorate of Public Health from the UC Berkeley School of Public Health. jsimon@alliancechicago.org 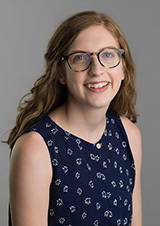 Ms. Wallander joined AllianceChicago in 2019 and serves as a coordinator for research within community health centers (CHCs). In her role, she provides administrative support to AllianceChicago’s Research Team and manages health research projects geared toward improving healthcare at CHCs. Prior to joining AllianceChicago, Ms. Wallander worked as the Communications and Evaluation Coordinator at the Illinois Hunger Coalition, a statewide anti-hunger advocacy organization, where she managed all external communications for the organization as well as analyzed direct service interventions for efficacy, and as a Pediatric Medical/Surgical Nurse at Ann & Robert H. Lurie Children’s Hospital of Chicago. Ms. Wallander is a graduate of Marquette University and received her Master of Public Health Degree from the University of Illinois at Chicago. jwallander@alliancechicago.org